Residents of the Rogers Road communities have teamed up with Justice United to organize for better bus service in the area. 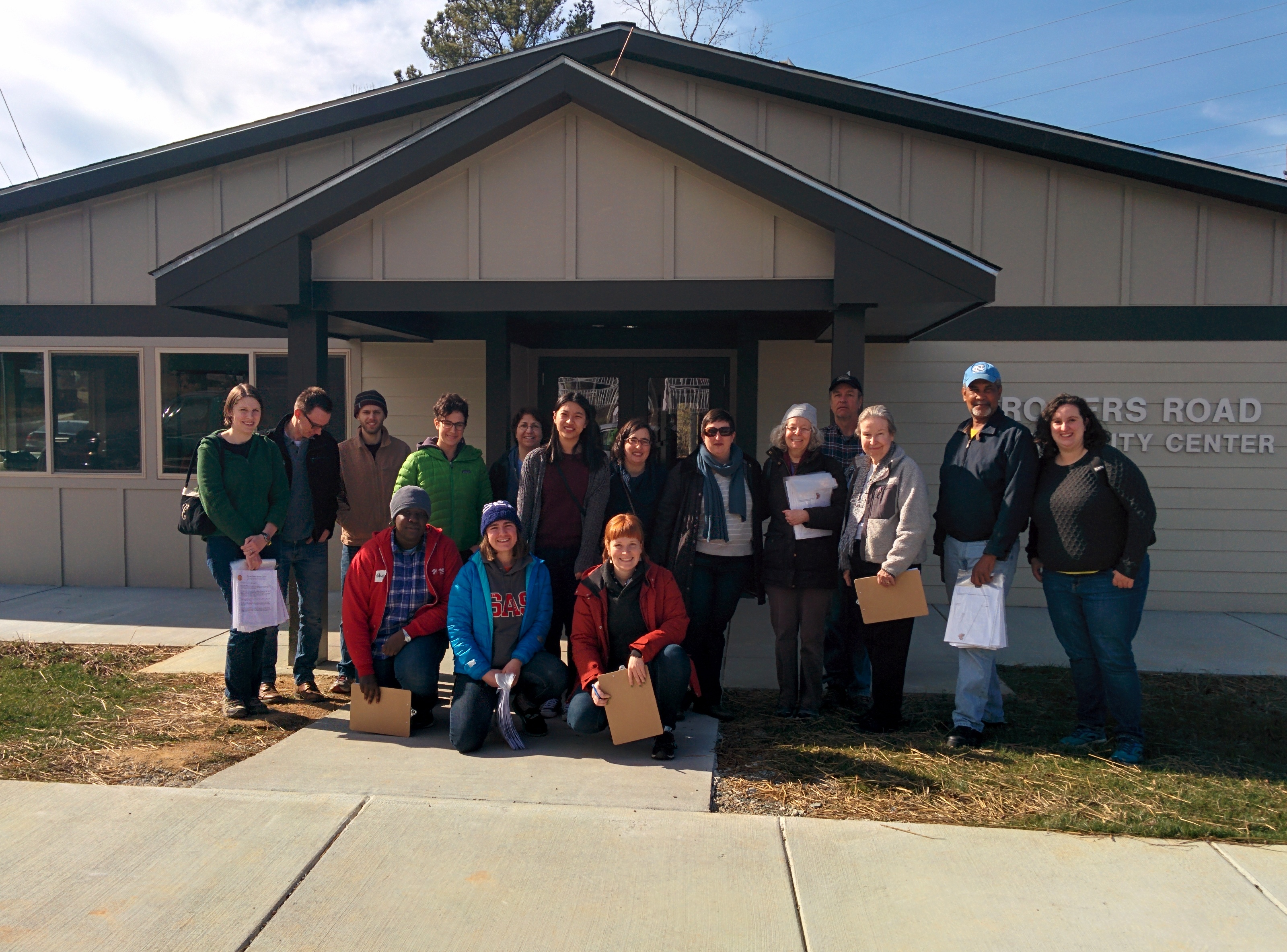 Over the last few months residents and supporters have run several canvassing and community meeting actions to identify community priorities for better bus service, reaching over a hundred households in neighborhoods off of Rogers Rd.

Residents shared stories about how they had a need for better bus service (increased frequency and hours on the HS Route) to get to work and for their children to travel to and return from after school programs. Several discussed the financial burden of owning a car to make trips that could be covered by the HS Bus Route.

JU supporters crafted a bus route proposal to meet those needs at minimal increased cost for Chapel Hill Transit. At this point, 89 [edit: over 100 (as of 4/11)] residents have ratified the proposal.

The next step for the campaign is an action on April 28 to present the proposal for consideration by the decision making body Chapel Hill Transit Partners.

How you can help: Support additional canvassing and turnout for community meetings between now and April 28 to further ratify the proposal and build power. All canvassing begins with a brief orientation and training before the action.

Email michelle.r.osborne@gmail.com to be added to our transit organizing alerts to stay up to date on upcoming canvassing actions.