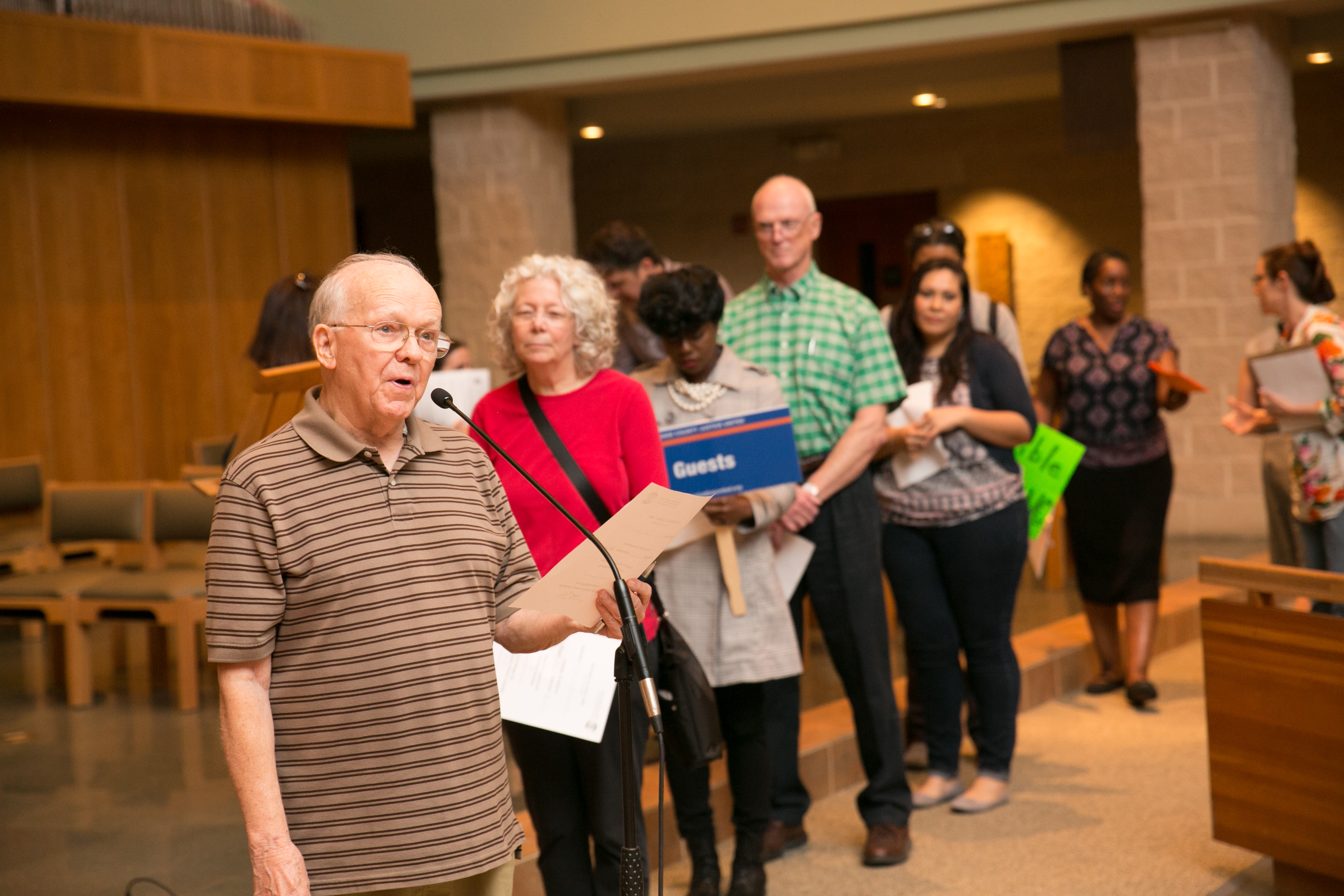 Listening sessions are your opportunity to ensure the unique voice and interests of your institution are addressed by Justice United's new action agenda, and they serve as a powerful tool to identify new leaders in your community who have the appetite to act.

Participating member institutions will be asked to make the following commitments:

During a listening session campaign each JU member institution hosts facilitated group conversations; either a series of small meetings - or one large event where participants break out into groups. At the conclusion of the conversation, hosts prioritize the top three concerns that are most widely felt (ex: biased policing, access to healthy food, better public transportation).

Strategy Team members and key leaders will review the results from each institution, and will group all institutional concerns into no more than 10 broad categories. Notes from this process will be available for review to ensure transparency.

Once we have hit our quota the JU membership will meet in an internal assembly to vote on a new issue agenda (tentative date: Thursday September 14). Votes are allocated by institution, according to the amount of people each institution turns out to the assembly:

Following the assembly, JU leaders will form new action teams, conduct research, and prepare for an external assembly where relevant decision makers will be invited to publicly react to our new agenda.