CONTEXT: In 2015 Justice United’s funding sources were by 30% hard money (member dues and some individual donations) and 70% soft money (denominational or family foundation grants). This makes JU’s long term existence vulnerable to the shifting priorities of outside funders.

PROPOSAL: Campaign to ensure long term financial stability and to protect the political autonomy of the organization, by increasing percentage ratio of hard money to 70% of total budget - sufficient to cover core expenses (Organizer package, Metro IAF contract) by end of 2017.

Individual Donor Campaign: Member institutions pledge to turn out a combined audience of 175 to our ticketed hymn sing along fundraising event organized in collaboration with Durham Beer and Hymns (propose

On the night of June 16 over 60 leaders from institutions across Orange County pledged to support campaigns to resolve top community concerns around policing, affordable housing, and raising hard money to ensure our political autonomy and our continued ability to act effectively. Below is a summary of these campaigns and Justice United's action plan for the next three months. Each summary contains links for further information. 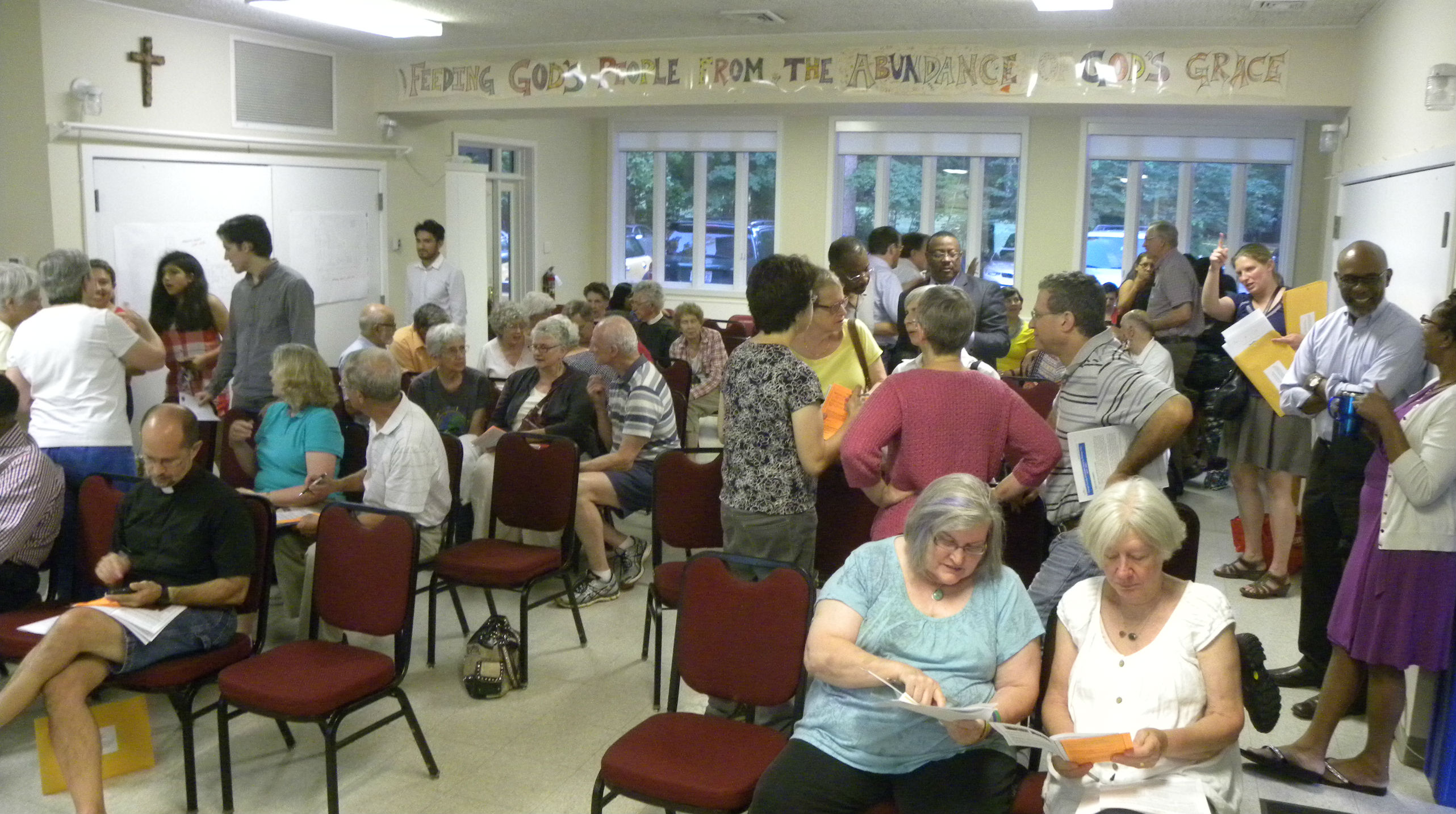 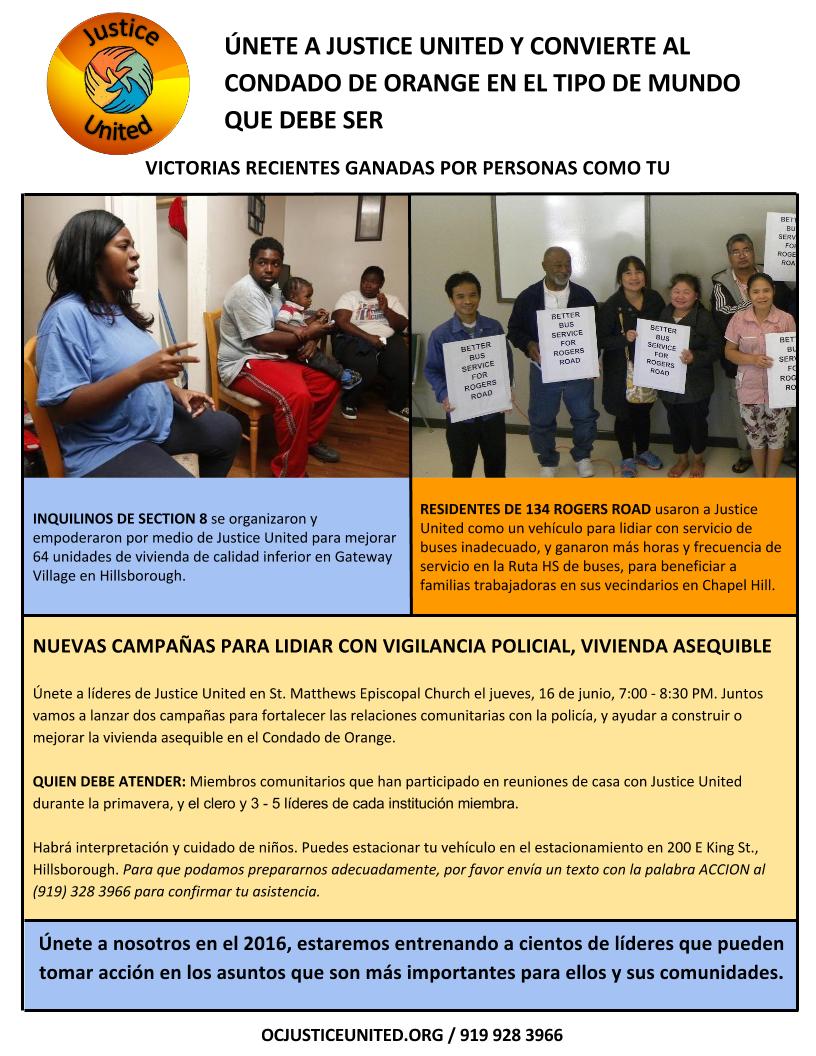 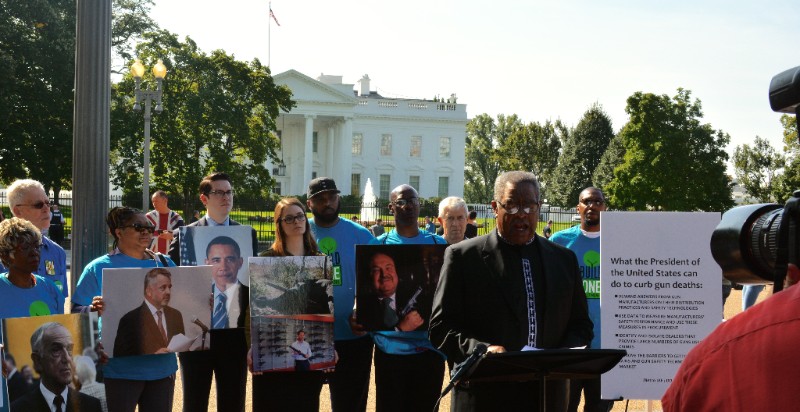 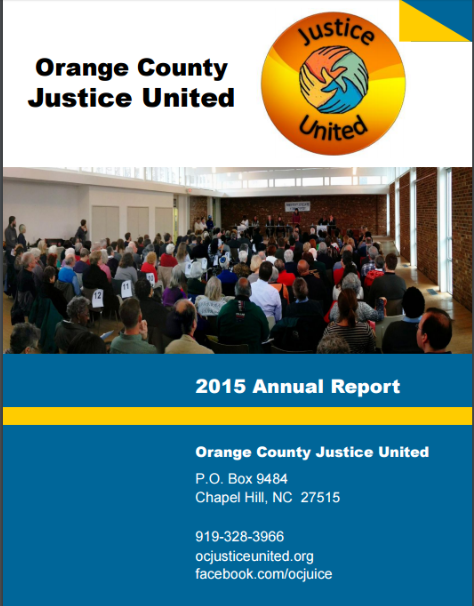 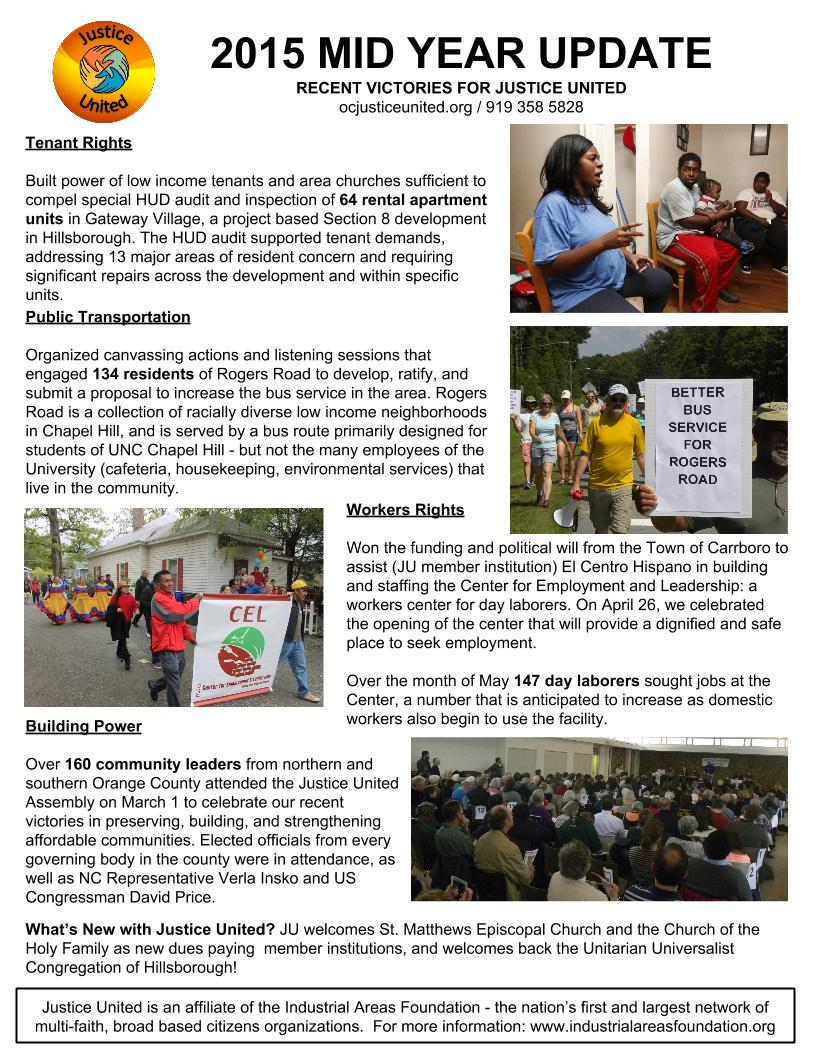