Increased bus service is coming to the Rogers Road community! 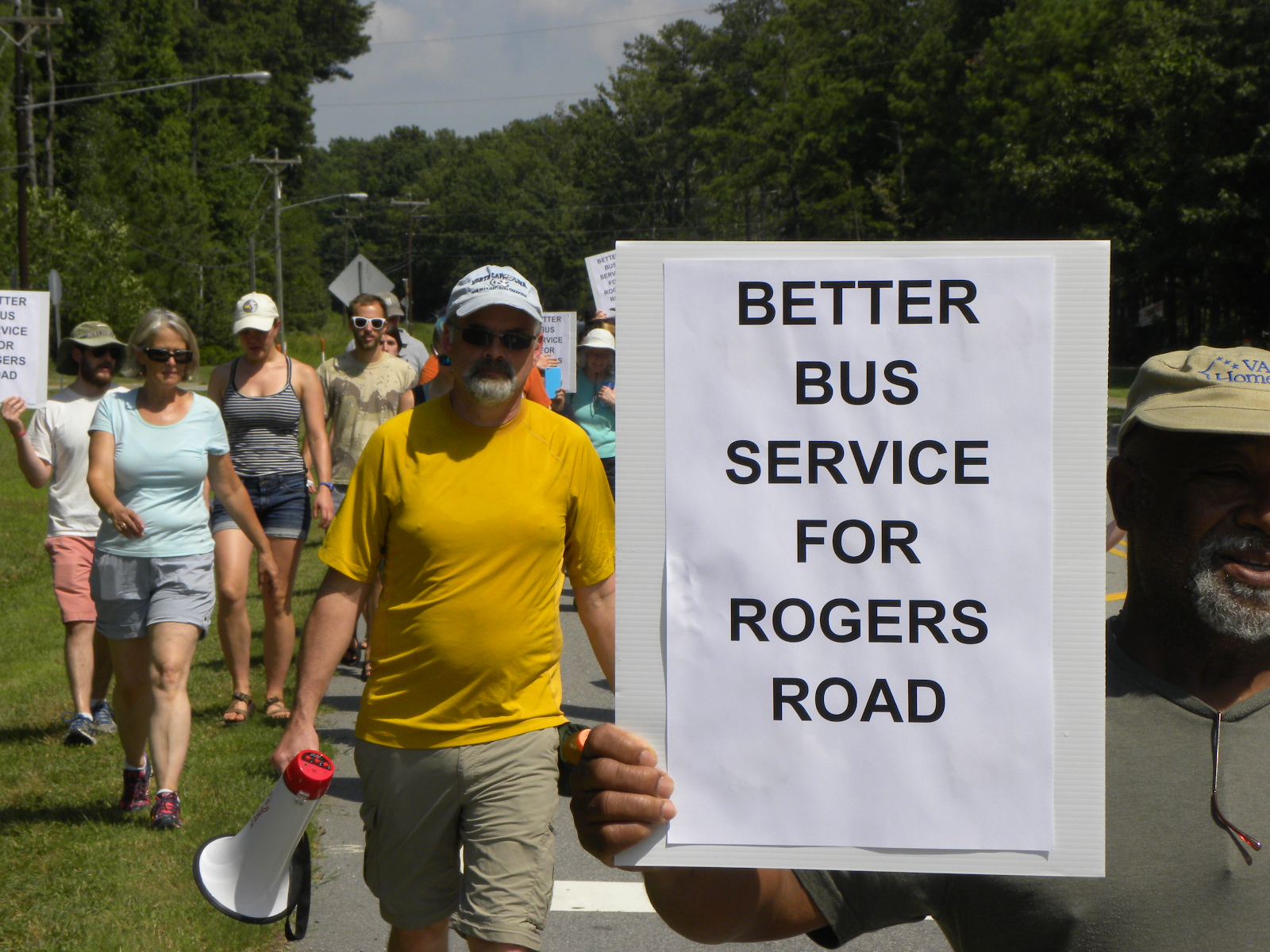 For the last 10 months, 134 Rogers Road residents and four local institutions (Rogers Road Eubanks Neighborhood Association, Habitat for Humanity of Orange County, Episcopal Church of the Advocate, Grace Community Church) have organized power through Justice United to sufficient to win on their proposal to increase the bus service in the area.

Starting in January the hours of the bus route will be increased by one morning hour and one evening hour. In August service frequency will double. This change will allow residents to commute to work, to access after school programs, and other important resources.

The community is comprised of several low income, racially diverse neighborhoods. Prior to the campaign, the neighborhood was underserved by the HS Route - often forcing transit dependent residents to walk two miles home from the better served lines.